2003 series of collectable pins from Upper Deck Entertainment, featuring the characters from the You-Gi-Oh! card game. There are 25 pins in the series 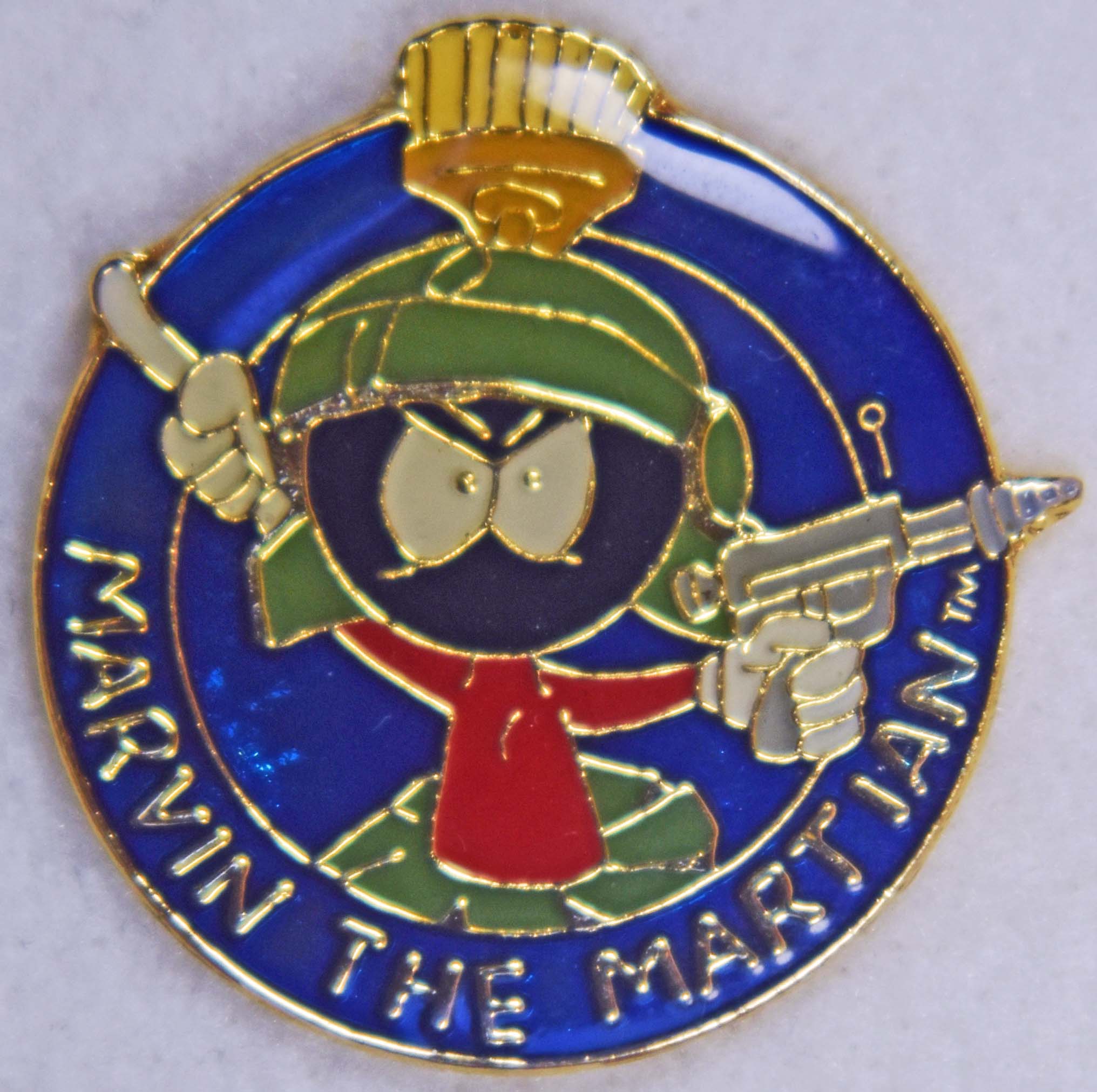 Marvin the Martian, was created by Chuck Jones and first appeared as an antagonist in the 1948 Bugs Bunny cartoon Haredevil Hare. He went on to appear in four more cartoons produced between 1952 and 1963.

“ I think man is the most interesting insect on Earth. Don’t you? There is a growing tendency to think of man as a rational thinking being, which is absurd.”

“I’m just about to solve the Earth’s fuel problem. I’m going to blow it up!” 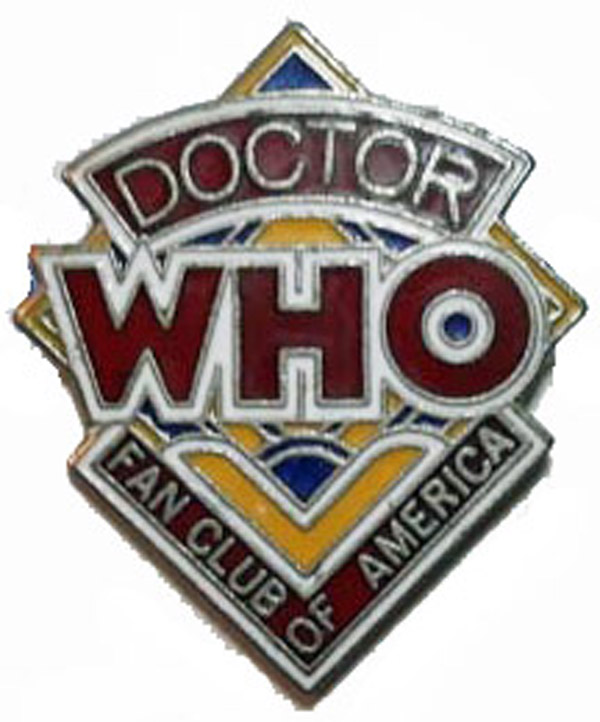 1978 – When Doctor Who, the long running British television show, came to the New York area by way of PBS (channel 13) I became a fan immediately.

Without the availability of internet access, we relied on magazines to provide information about the show. Joining the Fan Club of America sounded like the thing to do. I don’t remember much about the perks, most likely a newsletter, ability to make purchases not found elsewhere and of course a fantastic enameled membership pin

I taught my boys about Doctor Who and we all still watch, although somewhat irregularly

Palisades Tartan is a British/American film distribution company, founded by US-based Palisades Media Group to take over the film library of film distributor Tartan Films after it folded in Summer 2008. One of it’s divisions is Tartan Asia Extreme created to specifically deal with East Asian film titles by Tartan Films, which operated as Metro-Tartan Distribution between 1992 and 2003, before reverting back to the name Tartan Films.

Nichelle Nichols (December 28, 1932 – July 30, 2022) was an American actress, singer, and dancer best known for her portrayal of Nyota Uhura in Star Trek: The Original Series, and its film sequels. Nichols’ portrayal of Uhura was ground-breaking for African American actresses on American televisionFrom 1977 until 2015, Nichols volunteered her time to promote NASA’s programs, and to recruit diverse astronauts, including women and ethnic minorities 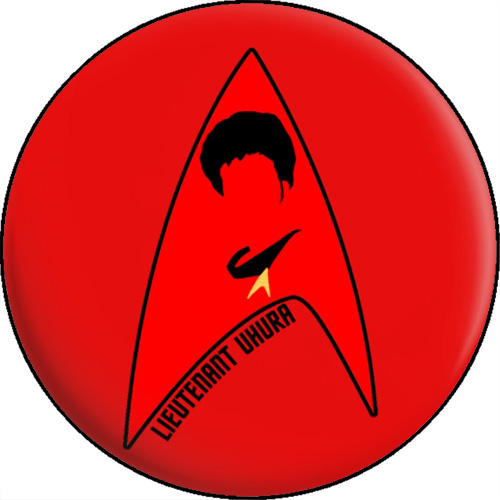 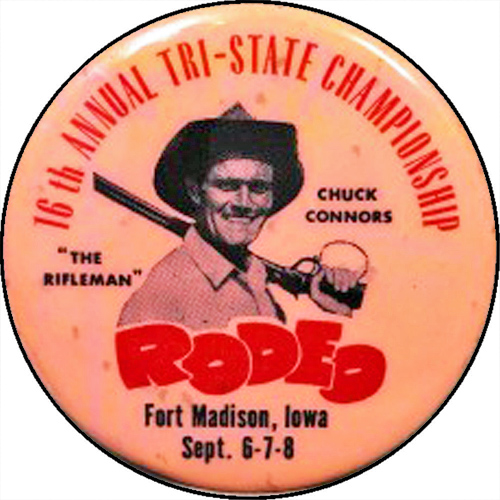 I was recently going through the excellent Muchinsky Collection of baseball pin-backs, and came across a button of Chuck Connors from when he played professional baseball fro the Montreal Royals, minor league affiliate of the Brooklyn Dodgers

Connors (1921 – 1992) was an American actor, writer, and professional basketball and baseball player. He is one of only 13 athletes in the history of American professional sports to have played in both Major League Baseball (Brooklyn Dodgers 1949, Chicago Cubs, 1951) and the National Basketball Association (Boston Celtics 1946–48). With a 40-year film and television career, he is best known for his five-year role as Lucas McCain in the highly rated ABC series The Rifleman (1958–63). Connors also starred in Branded from 1955-1966 for 2 seasons 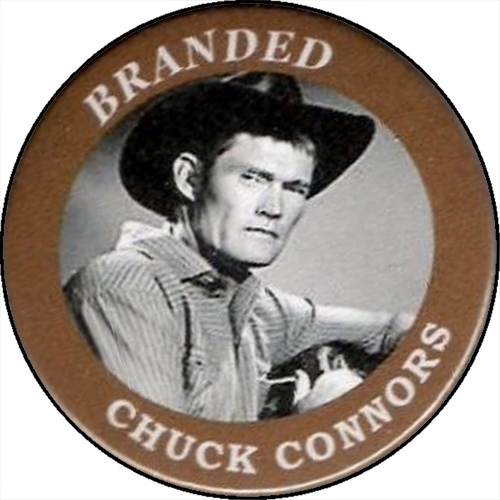 Connors had a rare comedic role in a 1955 episode (“Flight to the North”) of Adventures of Superman. He portrayed Sylvester J. Superman, a lanky rustic yokel who shared the same name as the title character of the series – one of my favorite episodes

1991, Connors was inducted into the Western Performers Hall of Fame at the National Cowboy & Western Heritage Museum in Oklahoma City.

Pacific Rim – 2013 American science fiction monster film directed by Guillermo del Toro, starring Charlie Hunnam, Idris Elba, Rinko Kikuchi, Charlie Day, Robert Kazinsky, Max Martini, and Ron Perlman, and the first film in the Pacific Rim franchise. The screenplay was written by Travis Beacham and del Toro from a story by Beacham. The film is set in the future, when Earth is at war with the Kaiju, colossal sea monsters which have emerged from an interdimensional portal on the bottom of the Pacific Ocean. To combat the monsters, humanity unites to create the Jaegers, gigantic humanoid mechas, each controlled by two co-pilots whose minds are joined by a mental link. Focusing on the war’s later days, the story follows Raleigh Becket, a washed-up Jaeger pilot called out of retirement and teamed with rookie pilot Mako Mori as part of a last-ditch effort to defeat the Kaiju.

Derren Brown is an English mentalist, illusionist, painter, and author. He began performing in 1992, making his television debut with Derren Brown: Mind Control in 2000, and has since produced several more shows for stage and television. His 2006 show Something Wicked This Way Comes and his 2012 show Svengali won him two Laurence Olivier Awards for Best Entertainment. He made his Broadway debut with his 2019 stage show Secret. He has also written books for both magicians and the general public.