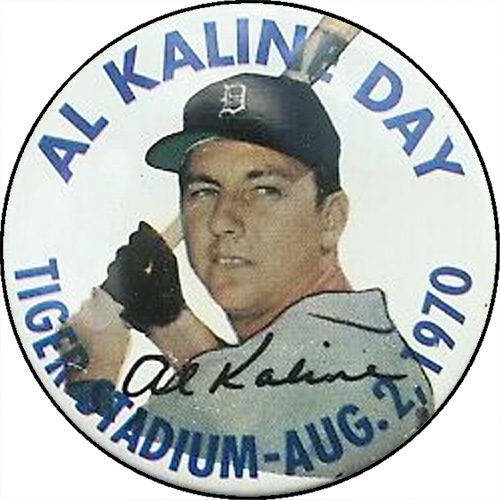 Al Kaline (December 19, 1934 – April 6, 2020), nicknamed “Mr. Tiger“, was an American professional baseball right fielder who played 22 seasons in Major League Baseball (MLB) for the Detroit Tigers. For most of his career, Kaline played in the outfield, mainly as a right fielder where he won ten Gold Glove Awards and was known for his strong throwing arm. He was selected to 18 All-Star Games, including selections each year between 1955 and 1967. He was elected to the Baseball Hall of Fame in 1980, his first time on the ballot.